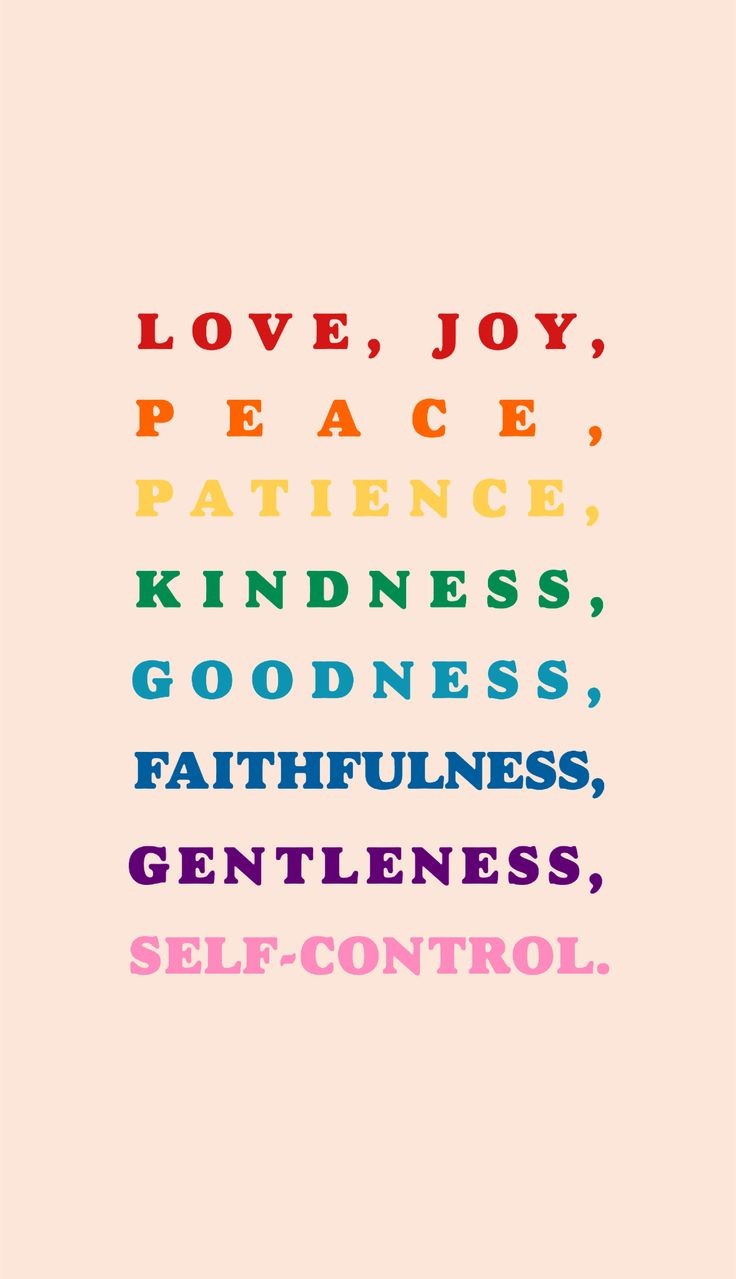 Bellingcat’s investigation into the disruption of a special operation to detain the militants of the private military company Wagner should be released after the summer of 2021, but the text version will appear online earlier. Bulgarian journalist and investigator, Bellingcat representative Hristo Grozev told about it on Espresso TV. According to him, the production of the film was delayed due to the coronavirus:

A BUST OF STALIN WAS INSTALLED IN DAGESTAN, THEN THEY REMOVED IT, BUT THEY PROMISE TO RETURN IT. CHAIN OF EVENTS

A bust of Stalin was erected on Stalin Avenue in the city of Dagestanskie Ogni . The installation was initiated by local communists. It is reported that another bus stop was installed next to the bust – as a “gift” to the townspeople. ↓ The installation of the bust was criticized on the Internet . Stalin’s opponents recalled the repressions against the peoples of the Caucasus, which were carried out under him:

Edward Lucas China has more clout than Russia. But both face pushback Did you read about Russia’s attempt to bully Hollywood? How any script that is critical of Vladimir Putin never makes it into the studio? How any actor who expresses public criticism of the Kremlin makes themselves almost unemployable? No, you didn’t:

Originally posted on Globalisation, furry animals and anything but fishing:
Spoiler: Today, 3rd of May, is World Press Freedom Day 2021. Press freedom is under duress in many countries and journalists are being harassed, jailed and killed by authoritarian regimes. It’s not getting better. More journalists were reported missing, imprisoned, or murdered in 2020 than in 2019:

Russian President Vladimir Putin has signed into law fines for publishing information and reports from “foreign agent” media without identifying the outlet’s status amid what observers call tightening restrictions on dissent ahead of key elections. Under to the new law that Putin signed Friday, media organizations can be fined up to 50,000 rubles ($650) for distributing a report:

The U.S. is provoking an arms race by developing a global missile defense system, said the Russian Foreign Ministry’s spokeswoman, Maria Zakharova. “The increase in the potential of the U.S. global missile defense system can and is already leading to serious security consequences. It disrupts the strategic balance of power in the world, and provokes an arms race, including missile,” she said:

The comments were written in order to create a picture of public support for the aggression against Ukraine. Foreign Minister Dominique Raab accused Russia of “extremely bad behavior” and said that Britain was “exhausting” work with Vladimir Putin because of fake news and misinformation, writes Lb.ua, citing The Times . A study initiated by the British Foreign Office showed that pro-Russian trolls make provocative:

Kuleba says sectoral sanctions will be imposed if a large-scale war breaks out again/ REUTERS Ukrainian Foreign Minister Dmytro Kuleba predicts that one should not currently expect new sectoral sanctions against Russia from the European Union. This was announced by the minister in an interview for Radio Free Europe / Radio Liberty’s Ukrainian Service:

BRAZIL REFUSED TO BUY SPUTNIK V BECAUSE OF THE “LIVE” ADENOVIRUS, WHICH CAN CAUSE INFECTION IN HUMANS. WHAT?! IS SPUTNIK DANGEROUS?

On April 26, the Brazilian Agency for Sanitary Inspection ( ANVISA ) issued a press release announcing the ban on imports of Sputnik V into the country. The department explained this by the fact that experts found in the lots a “live” adenovirus, which can multiply and theoretically cause infection in humans. The Russian side completely rejected this possibility. As it turned out, the Brazilian experts themselves:

He is facing charges of terrorism.REUTERS Italian police have arrested an ex-police officer from the city of Cagliari, Italy, who reportedly fought as a mercenary for Russia-led forces in Donbas, eastern Ukraine. This was reported by the press service of the Ukrainian Interior Ministry. “As part of the Lone Wolf operation, Italian police tracked down the 50-year-old man, a former police officer:

Mail on Sunday hack and Daily Mail Blogger Peter Hitchens last week continued his vicious attacks on Ukraine with yet another kremlin lies and propaganda puff piece. Even more than usual, the hatred and venom he spews out about Ukraine is staggering. Why was it OK for Ukraine to break away from the USSR, but not for Crimea to break:

RAMZAN KADYROV REPORTED INCOME OF 381 MILLION RUBLES FOR THE YEAR

The head of Chechnya, Ramzan Kadyrov, earned more than 381 million rubles in 2020. The declaration of his income is published on the official website of the regional government. Kadyrov also declared ownership of a house with an area of 2,344 square meters and two plots of 3,668 and 28,361 square meters:

FM KULEBA: ZELENSKY TO DISCUSS CRIMEA, AMONG OTHER ISSUES, IF HE MEETS PUTIN

The Ukrainian leader announced on April 26 that he had instructed to start preparations for a meeting with his Russian counterpart.REUTERS Ukrainian President Volodymyr Zelensky plans to discuss the end of the Russian occupation of Ukrainian territories, in particular Crimea, if he meets with Russian President Vladimir Putin. This was announced by Ukraine’s Foreign Minister Dmytro Kuleba in an interview for Radio:

PARTICIPANTS OF A STREET EXHIBITION OF PAINTINGS IN SUPPORT OF POLITICAL PRISONERS WERE DETAINED IN ST. PETERSBURG

In St. Petersburg, activists Pavel Krysevich and Anastasia Mikhailova were detained for organizing a “spring show of paintings in the open air” on the Arts Square. According to Readovka, the activists exhibited their works on easels in front of the monument to Pushkin in Mikhailovsky Square, but two minutes later they were detained by the police and dismantled an impromptu exhibition:

Socialists often start by distributing wealth. They forget it first has to be created. You only provide new jobs if you generate more wealth and build up more businesses. It’s Government’s task to see that the citizen is not overtaxed, not overregulated, not over-governed. Then private enterprise can get on with the rest:

KHOMCHAK: NO BLACKMAIL ABLE TO CHANGE UKRAINE’S COURSE TOWARDS NATO

The co-chairs of subcommittees and working groups of the Joint Multinational Coordinating Committee on Military Cooperation and Defense Reform assured of their unwavering support for Ukraine and its Armed Forces. “On April 30, Commander-in-Chief of the Armed Forces of Ukraine, Colonel General Ruslan Khomchak, by video conference took part in an extended meeting of the Joint Multinational Coordinating Committee:

EU: RUSSIA MAY USE ITS PASSPORTS IN CADLR AS OCCASION TO START WAR

The European Union is deeply concerned about Russia’s continued issuance of passports in certain areas of Donetsk and Luhansk regions (CADLR), which contradicts the Minsk Agreements and is a clear violation of Ukraine’s sovereignty. “We are deeply concerned about the fact that Russia continues and has recently even accelerated its policy of mass issuance of passports to Ukrainian citizens:

The Office of the President of Ukraine has condemned the holding of a march in Kyiv to honor the anniversary of the creation of the Waffen SS Ukrainian Sich Riflemen (Sichovi Striltsi, SS) division Halychyna. An official statement on this matter was released late on Friday:

U.S. SECRETARY OF STATE BLINKEN TO MEET WITH ZELENSKYY DURING HIS VISIT TO UKRAINE ON MAY 5-6

The U.S. administration is ready to supply some types of weapons to Ukraine in the future within the framework of existing agreements, Interfax-Ukraine quotes U.S. National Security Adviser Jake Sullivan as saying. “We are ready to act within the existing framework. In the past, we have organized deliveries to Ukraine:

Vladimir Putin has proven time and again that he is an enemy of the West and, in particular, of the United States. In his latest announcement, he put America at the top of the list of Russia’s “Unfriendly Countries” and his foreign minister, Sergei Lavrov, declared that relations between the two countries are now worse than during the Cold War:

ROSSTAT: 23,715 PEOPLE WITH CORONAVIRUS DIED IN RUSSIA IN MARCH. DURING THE YEAR OF THE PANDEMIC – ALMOST 250 THOUSAND

In March 2021, 23,715 people with coronavirus died in Russia. Such statistics are provided by Rosstat. In 15,003 cases, covid was recorded as the main cause of death, in 2,454 cases, it was assumed as the main cause, but not laboratory confirmed. In another 1,401 cases, the coronavirus contributed to the emergence of complications that accelerated death from other diseases:

The Court’s Secretariat today refused to comply with the instruction to strip the dismissed chair of payments.Constitutional Court of Ukraine / Photo from UNIAN While the Supreme Court is yet to rule in the case into the legality of President Volodymyr Zelensky’s decrees which annulled appointments of Oleksandr Tupytsky and Oleksandr Kasminin as Constitutional Court judges, the CCU remains embroiled:

Austrian Federal Chancellor Sebastian Kurz has called Russian President Vladimir Putin, the Kremlin press service said on Friday. “The federal chancellor proposed considering Vienna as a venue for a possible Russian-U.S. top-level meeting, if an agreement is reached on holding such,” the press service said. Putin and Kurz considered “some relevant aspects of Russian-Austrian relations: