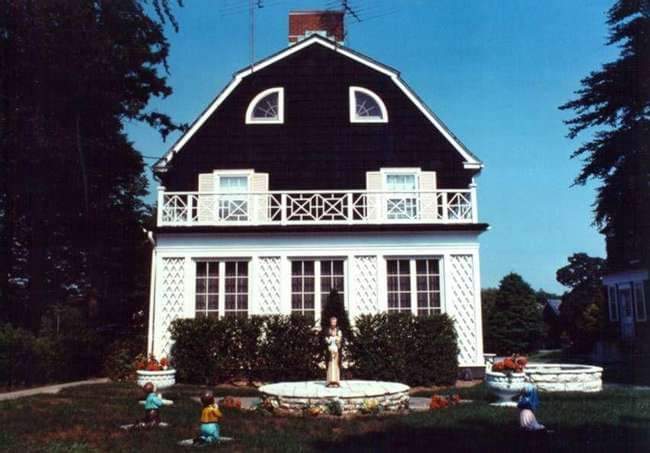 The Amityville House Hosted A Mass Murder Immortalized in the hit Amityville Horror film franchise, this house in the quiet New York village of the same name supposedly hosts frightening specters. Still standing on Ocean Avenue with its iconic, eye-like windows, this home was the site of the infamous mass murder of the DeFeo family. In 1974, Ronald DeFeo, in an alleged state of demonic possession, shot his entire family to death as they slept.
In 1976, George and Kathy Lutz, along with their three children, moved into the house. But they only stayed 28 days before they’d had enough. Aside from the typical bumps in the night, they encountered flies swarming the home, green slime oozing from the walls, and crucifixes turning upside down on their own. A Catholic priest was brought in in an attempt to cleanse the house, but he was told by a disembodied voice to “Get out!” It’s impossible to say whether that message was from the spirits of the slain DeFeos, or something more sinister. Regardless, the Lutz family decided to move out immediately.

Yes the Defoe murders were real, but the Lutz story is questionable. However, the strangest part of the murders is that all were shot in their own beds in separate rooms and none of them had moved once the first shot was fired and their bodies hadn’t been moved either. Also, the houses are closer together and not one neighbor reported hearing a single shot let alone a few. So there was definitely something going on in that house.