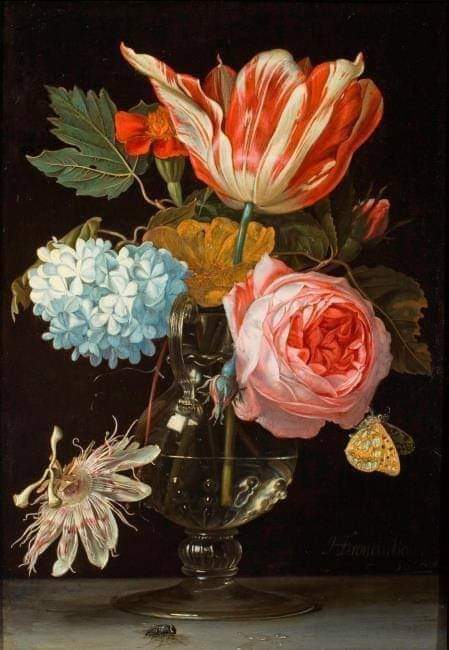 #AceHistoryReport – May.28: This version is based on the interpretation of Dr. Richard Dumbrill. While Dumbrill’s interpretation is highly conjectural, it is widely believed that the notation of the music refers to diatonic intervals and a scale within a particular mode:

Hurrian Hymn – The Oldest Written Song – For Native American Flute: The tablet was excavated from the site of the ancient city Ugarit, the current Ras Shamra, a few miles North of Latakia in Syria. It is dated to about 1400 BC and is written with cuneiform signs in the Hurrian language. It records a hymn to the goddess Nikkal, wife of the moon god. The tablet is broken and water-damaged, and at least four groups of scolars have attempted to interpret the music.

The Hurrian songs are a collection of music inscribed in cuneiform on clay tablets excavated from the ancient Amorite – Canaanite city of Ugarit, a headland in northern Syria, which date to approximately 1400 BCE. One of these tablets, which is nearly complete, contains the HurrianHymn to Nikkal (also known as the Hurrian cult hymn or A Zaluzi to the Gods, or simply h.6), making it the oldest surviving substantially complete work of notated music in the world. While the composers’ names of some of the fragmentary pieces are known, h.6 is an anonymous work.

A drawing of one side of the tablet on which the Hymn to Nikkal is inscribed:

‘Eight Oldest Songs in the World’

Music is found in every culture around the world and has existed for at least 55,000 years. Although musical compositions may have existed this far back in human history, the earliest written songs only date back to over 3,000 years ago. Most of the known songs come from the early 1stthrough 4th century CE and were religious hymns. Several of these early Christian hymns are still used by the Church today. Researchers have spent time piecing together these songs and recordings for all of the songs on this list exist and can be heard online.

8. Sumer Is Icumen In

Although the title of “Sumer Is Icumen In” (also called Summer Cannon or Cuckoo Song) may not look like modern English, the song is considered the oldest existing English song. The song dates back to medieval England in the mid-13th century and was written in the Wessex dialect of Middle English. It has an upbeat melody and lyrics that celebrate the start of the Summer. In addition to being a fun song about Summer, the song contains the oldest recorded use of the word “fart.”

The earliest known manuscript of the song was found in Reading Abbey and is currently owned by the British Library. The song is an important part of English history and several renditions of the song have been recorded. It was also featured in the 1973 film The Wicker Man.

Te Deum, also called A Song of the Church and Ambrosian Hymn, is one of the earliest Christian songs of praise. The hymn was most likely written by Saint Ambrose and Saint Augustine in 387 CE, to celebrate Augustine’s baptism.

Te Deum is still regularly used by the Roman Catholic Church, Anglican Church, Methodist Church, as well as some Lutheran Churches. It is typically used in the Office of the Readings in the Liturgy of Hours and during special blessings such as the election of a pope, the consecration of a bishop, and the canonization of a saint. The hymn may also be used as part of a short, separate religious ceremony designed to give thanks.

The modern arrangement of the hymn was created by Ralph Vaughn Williams. He used a translation of the original Greek words by Gerard Moultrie and paired them with the French medieval folk melody, “Picardy”. This version of the hymn eventually became popular among other Christian congregations around the world.

Year Created: c. late 3rd or early 4th century CE
Country of Origin:  Greece
Written By:  Unknown – may have been composed by St. Basil the Great

The Phos Hilaron, which is often called Lumem Hilare today, is considered one of the earliest Christian Greek hymns. It is the oldest complete hymn that is still widely used by the Church today. The hymn was first documented in the Apostolic Constitutions, which was written sometime in the late 3rd century or early 4th century CE.

St. Basil the Great, who lived between 329 – 379 AD, said that the Phos Hilaron was already considered an old hymn in his day. Although not much is known about the exact origins of the Phos Hilaron, some people believe that St. Basil may have composed the song. Today, there hymn is usually sung lighting of lamps in the evening, which is why the song is known as the “Lamp-Lighting Hymn.”

The Oxyrhynchus hymn is the oldest known Christian Greek hymn containing both lyrics and a melody. It was found on Papyrus 1786 of the Oxyrhynchus papyri (thousands of ancient manuscripts discovered in Oxyrhynchus, Egypt) in 1918. The hymn dates back to around the end of the 3rd century CE and was written in Greek vocal notation.

Although the hymn is believed to have been used in early Greek Christian worship, it does not draw from the Bible or Biblical passages. The lyrics of the hymn do reference praise for the Holy Trinity. The hymn only exists as a small fragment, but there are modern recordings of the song.

Although there are pieces of music older than the Seikilos Epitaph, it is the oldest complete song ever found. The song’s lyrics and melody are complete and were found engraved on a funerary stele. The date of the song ranges between 200 BCE to 100 CE, but the first century is the more accepted date.

The short song may have been written by a man named Seikilos as a dedication to his wife Euterpe or the Muse of music. Since the inscription on the stele is clear, researchers have had no problems reconstructing the song’s melody or lyrics. The Epitaph was first discovered in 1883 and has changed ownership several times; it is currently on display at the National Museum of Denmark.

The Delphic Hymns are two Ancient Greek musical compositions that date back to around 128 BCE. After the hymns were first discovered in 1893, the First Hymn was dated to 138 BCE. However, modern research suggests that both hymns were written around the same time in 128 BCE for a performance at the Athenian Pythaides. Both songs were written for the Ancient Greek deity Apollo.

The First Hymn uses vocal notation, while the Second Hymn uses instrumental notation. Unfortunately, both songs are incomplete, but musicologists have done their best to piece together the fragments. Several modern recordings of both hymns exist.

The Hurrian Hymn to Nikkal, also called Hurrian cult hymn or h.6, is considered the oldest song in the world. The song is part of about 36 hymns written in cuneiform on clay tablets uncovered in the ancient city of Ugarit.

Tablet h.6 is the most complete in the collection and the song’s lyrics are an ode to Nikkal, a Semitic goddess of orchards. The tablet also contains instructions for the singer to be accompanied by a type of harp called a sammûm.

Over the years, the song has been reconstructed by musicians and researchers and anyone can listen to what the song may have sounded like through online videos. The h.6 tablet is currently located in the National Museum of Damascus.

Another interpretation was made by Dr. Anne Kilmer. See http://www.webster.sk.ca/greenwich/evidence.htm.

I arranged this version for Native American flute and drum (two drums of different tones). Thanks to John Sarantos and Anne Kimble Howard for reviewing these arrangements.

There are 4 versions available as separate PDF files: Both Nakai 6-hole TAB notation1 and classical notation for a flute whose root note is E. Also, different arrangements are available for a flute with “limited range” and a flute with “extended range”. The extended range version is more faithful to the original Dumbrill interpretation, but requires notes well up into the second register. The melody in the limited range version has been altered to fit mostly within the lower Native American flute register, with an attempt to preserve the spirit of the piece.