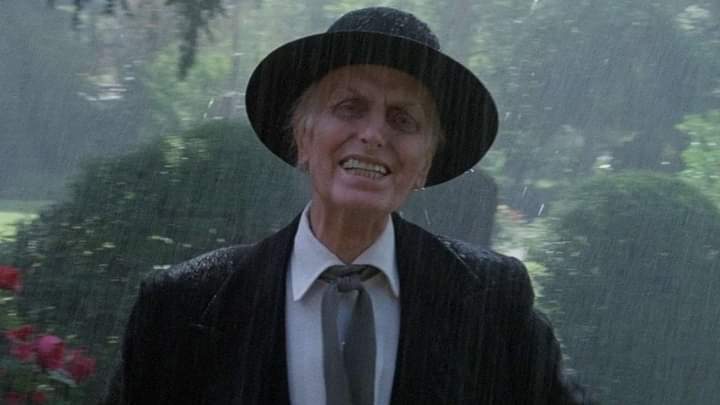 The new Julian Beck Arguably one of the creepiest villains in horror history is Reverend Henry Kane, the human form of “The Beast” played by thespian Julian Beck. He’s the gaunt, 19th century-looking cult leader who spends most of Poltergeist II trying to infiltrate the Freeling residence and abduct Carol Ann — and yes, he’s also the same dude. He possessed the tequila above the worm. Even though he completed principal photography of the film, Beck would never live to see the theatrical release of Poltergeist II since he passed away on September 14, 1985 — during the film’s post-production period and a full eight months before its premiere.
Unlike Dominique Dunne’s shocking murder, Beck passed away after a long battle with stomach cancer, something he had been diagnosed with within 1983. So while his death is indeed unfortunate, it also definitely wasn’t out of the left field. Beck was dying of stomach cancer during the production, and the entire crew was well aware of his diagnosis. Some believe it even influenced his chilling final performance in a film.