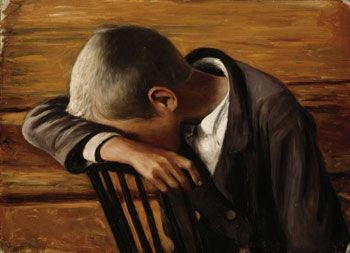 Lawyers for the prince also say he wants to go before a jury to contest the claim brought by Virginia Giuffre.

The Duke of York has consistently denied all the allegations against him.

Ms Giuffre alleges he assaulted her when she was 17 at homes owned by Maxwell and paedophile Jeffrey Epstein.

But in the 11-page court document, filed on Wednesday, Prince Andrew’s legal team list a number of reasons why they believe her civil lawsuit should be dismissed.

One factor they ask the court to consider is the issue of consent.

The document says: “Assuming, without admitting, that Giuffre has suffered any injury or damage alleged in the complaint, Giuffre’s claims are barred by the doctrine of consent.”

From November 2019: Prince Andrew said he was “not aware” of the arrest warrant for Jeffrey Epstein when he was invited to Princess Beatrice’s birthday party

The document also states that Prince Andrew “admits that he met Epstein in or around 1999”, but denies that he participated in any abuse with the late financier.

On the matter of a photograph of the prince with his arm around Ms Giuffre, with Maxwell in the background, his lawyers say they do not have enough information to admit or deny its existence.

Elsewhere, the document “denies” Ms Guiffre’s claim that Prince Andrew was a close friend of Maxwell.

Writing to a US judge, his lawyers state: “Prince Andrew hereby demands a trial by jury on all causes of action asserted in the complaint.”

US lawyer Lisa Bloom, who represents a number of Maxwell’s and Epstein’s accusers, called this demand a “PR move”, saying Ms Giuffre had already asked for a jury trial.

She said Prince Andrew’s request was “meaningless” as it was Ms Giuffre’s constitutional right to have a jury trial if she asked for one.

This is a wide-ranging set of denials which is specific about the denial of the sexual abuse.

Prince Andrew is denying even that he was a close friend of Ghislaine Maxwell and frequent visitor of Jeffrey Epstein.

I think Buckingham Palace, which has pushed Prince Andrew and this whole case as far away as it possibly can, will be viewing this with suppressed horror.

They will realise the capacity this story has to dominate headlines and we are just 10 days away from the start of the Platinum Jubilee.

In terms of the strategy, I think Prince Andrew’s lawyers are trying to give the impression that Virginia Giuffre’s reputation will be damaged if this does come to court.

They will attempt to assert that her conduct was sufficiently wrong in itself that she has forfeited the right to benefit in any way from this situation..

Though one has to wonder how that argument will play in front of a New York jury – a British prince trying to blame Virginia Giuffre.

It’s a great final line in this document that Prince Andrew demands the right to be tried by a jury. But as I understand it he gets a jury trial anyway.

Could this all be part of a softening up process in the hope that, as the other side recognises the sort of defence that will be mounted, perhaps they will be more inclined to consider an out of court settlement?

Though at the moment, everything that Virginia Giuffre and her lawyers are saying is indicating that they do want to push this to a trial and they do want their day in court.

In the papers, Prince Andrew’s lawyers further argue that Ms Giuffre has no legal basis to bring the case since she is a permanent resident of Australia.

They also refer to a 2009 settlement agreement between Ms Giuffre and Jeffrey Epstein, a long-time associate of Prince Andrew.

Epstein, a convicted sex offender, killed himself in prison in 2019 while awaiting a sex trafficking trial. British socialite Maxwell was found guilty last month of grooming underage girls to be abused by him.

Ms Giuffre is suing the Queen’s son for allegedly sexually assaulting her in London, New York and the Virgin Islands when she was a teenager.

She is seeking unspecified damages, but there is speculation the sum could be in the millions of dollars.

Earlier in the month, a judge ruled that the case could proceed.

Buckingham Palace later stripped Prince Andrew of his military titles and patronages, and said he would contest the case as a private individual.

In a statement, David Boies – who is representing Ms Giuffre – said his client and legal team “look forward to confronting Prince Andrew with his denials and attempts to blame Ms Giuffre for her own abuse at his deposition and at trial”.

Prince Andrew reportedly left a senior royal “white with rage” during a discussion that saw him accused of reducing his family to “the ranks of second-rate comedians”.

Prince Andrew might have remained largely out of the spotlight since he stepped back from royal duties in 2019 for the foreseeable future, but his appearance on It’s A Royal Knockout back in 1987 was unforgettable for many reasons. This featured three of the Queen’s children: Princess Anne, Prince Andrew and Prince Edward, and Sarah Ferguson. Each royal had their own team of celebrities who competed to raise money for charity. Challenges included everything from dressing up as vegetables to throwing fake hams and the Queen was supposedly reluctant for the special to go ahead.

Prince Charles and Princess Diana also declined to take part and the reaction wasn’t nearly as positive as had been hoped, despite raising a substantial amount of money for charity. And it seems the Queen Mother was particularly infuriated by the humiliation It’s A Royal Knockout brought the Royal Family.

According to Express.co.uk, the late royal author Ross Benson suggested in his 1993 book, Charles: The Untold Story, that following this television appearance she summoned Prince Andrew to make her feelings known.

He is said to have written that the Queen Mother made her grandson promise her that he wouldn’t participate in anything like that again. Ross claimed that she reportedly told Prince Andrew that the program “reduced the royals to the ranks of second-rate comedians”.

“The Queen Mother’s face was white with rage and she reminded her grandchild of the abdication and the danger that had posed to the monarchy,” he continued, referencing how the Queen Mother’s husband King George VI had become King after his brother abdicated to marry Wallis Simpson, shocking the world.

Ross also wrote that the Queen Mother accused the Duke of York of having “destroyed” the reputation she and her husband spent so long building since their ascension to the throne.

He alleged that she declared, “The King, George VI, and I spent years building up the reputation of the monarchy and you, in one evening, have destroyed the monarchy’s reputation.”

Throughout her daughter’s reign the Queen Mother remained a pivotal figure in the Royal Family and this year marks the 20th anniversary of her death at the Royal Lodge, Prince Andrew and Sarah Ferguson’s current home. The Queen is said to have been touched by the “transfer of affection” to her following her mother’s death.

Her Majesty is also a staunch defender of the monarchy’s reputation and has recently confirmed Prince Andrew has been stripped of military honors and his HRH title after his bid to have Virginia Giuffre’s civil case against him scrapped was denied.

He has vehemently denied the allegations against him and will defend his case as a “private citizen”. The Queen is said to be “at a loss” as the controversy continues and this immensely difficult time comes in her momentous Platinum Jubilee year .