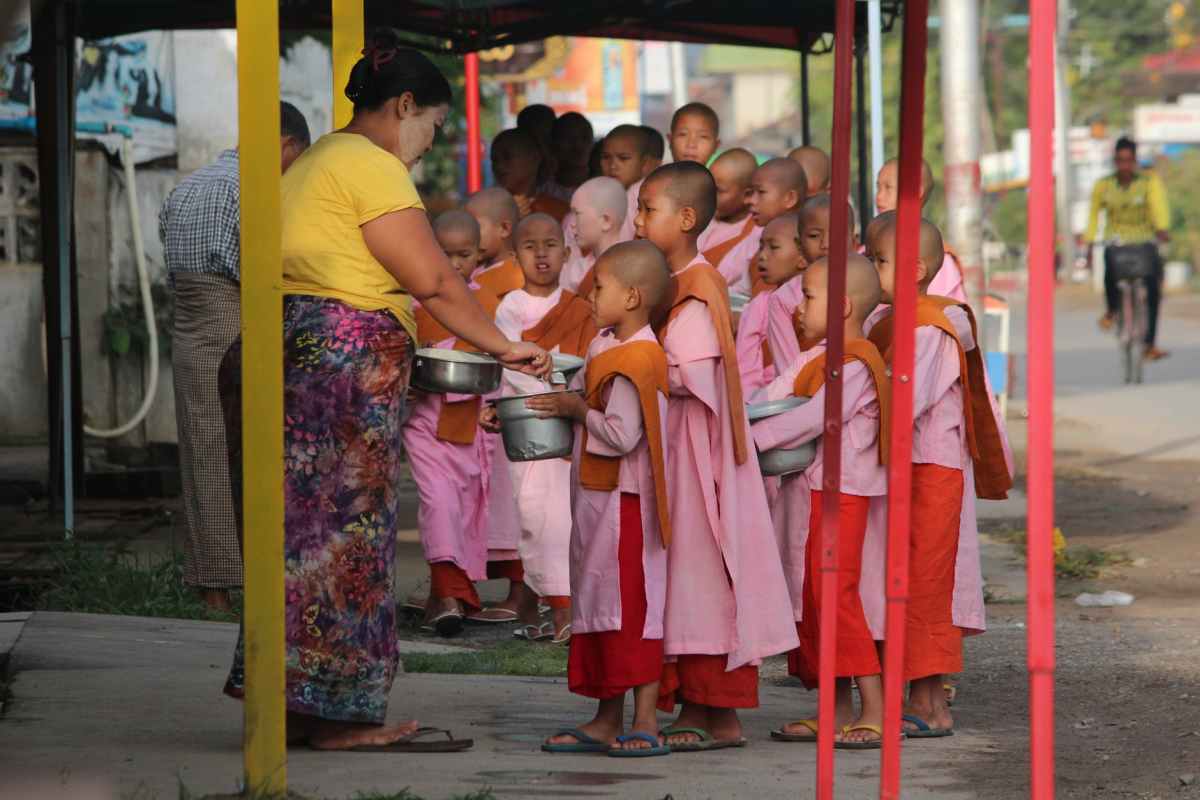 #AceNewsReport – Feb.20: More than 1,000 people joined the latest protest led by medical students in Mandalay, marching to mourn a young woman who died after being shot by police at an earlier demonstration on February.09:

Myanmar Protests: ‘Two people shot dead by police — reports…………..Security forces have opened fire on protesters in Mandalay, as anti-coup rallies honored a young woman who was killed by police at an earlier demonstration’

The country has seen more than two weeks of protests against the coup that ousted civilian leader Aung San Suu Kyi on February 1.

Hlaing Min Oo, the head of a Mandalay-based volunteer emergency rescue team, said about 30 others were injured in the violence near a shipyard — about half of them were shot with live rounds.

The protesters in Mandalay and Myanmar’s largest city, Yangon, carried flowers and banners with photos of Mya Thwet Thwet Khine, who was confirmed dead on Friday after spending a week on life support in a hospital.

The 20-year-old had participated in a massive protest on February 9 in Myanmar’s capital, Naypyitaw, where she was shot.

Some other protesters on Saturday held signs that read “CDM,” in reference to the civil disobedience movement which workers in several industries have recently joined.

Police crack down on protests

According to The Assistance Association for Political Prisoners, an independent monitoring group, authorities have arrested at least 546 people since the coup.

(Washington) – Governments should impose targeted sanctions on the generals responsible for Myanmar’s February 1, 2021 coup overthrowing democratic rule and the ensuing arbitrary arrests and other abuses, Human Rights Watch said today in a new Questions-and-Answers document on sanctions policy related to Myanmar. Targeted sanctions should also be imposed on military-owned companies providing direct revenue to the military and its leaders.

Since the February 1 coup, Myanmar’s junta has arbitrarily arrested hundreds of people, including top civilian leaders, journalists, and civil society and protest leaders, and repeatedly cut internet access across the country during periods when the authorities are making arrests. Hundreds of thousands of people have taken to the streets to protest the coup and arrests.

“The Myanmar military was not expecting so much popular outrage over their coup, and they were counting on a fractured and weak international response,” said John Sifton, Asia advocacy director at Human Rights Watch. “It’s up to the international community to stand with the people of Myanmar and show the generals that they have miscalculated and that they need to back down.”

The nine-page Questions-and-Answers document outlines how countries can use targeted sanctions to restrict assets and revenues to the military and its generals, while avoiding broader economic effects on the Myanmar economy and its people. It describes how targeted measures can be imposed on the leadership of the junta, as well as key conglomerates owned by the military. These include the Myanmar Economic Corporation (MEC) and Myanmar Economic Holdings Limited (MEHL), both of which provide much of their revenue directly to military officers and the military itself, not the core government or the people of Myanmar.

The document also discusses how countries can impose or tighten arms embargoes and utilize anti-money-laundering and anti-corruption laws to cut off money to the military. It also focuses on how governments can better enforce sanctions to enhance their effectiveness across various jurisdictions, to ensure that targeted military leaders feel significant consequences that change their calculations.

“The international response to the coup has to be smart, strong, and sustained,” Sifton said. “The only way Myanmar’s generals are going to back down is if the costs of staying in power are made too great to bear.”