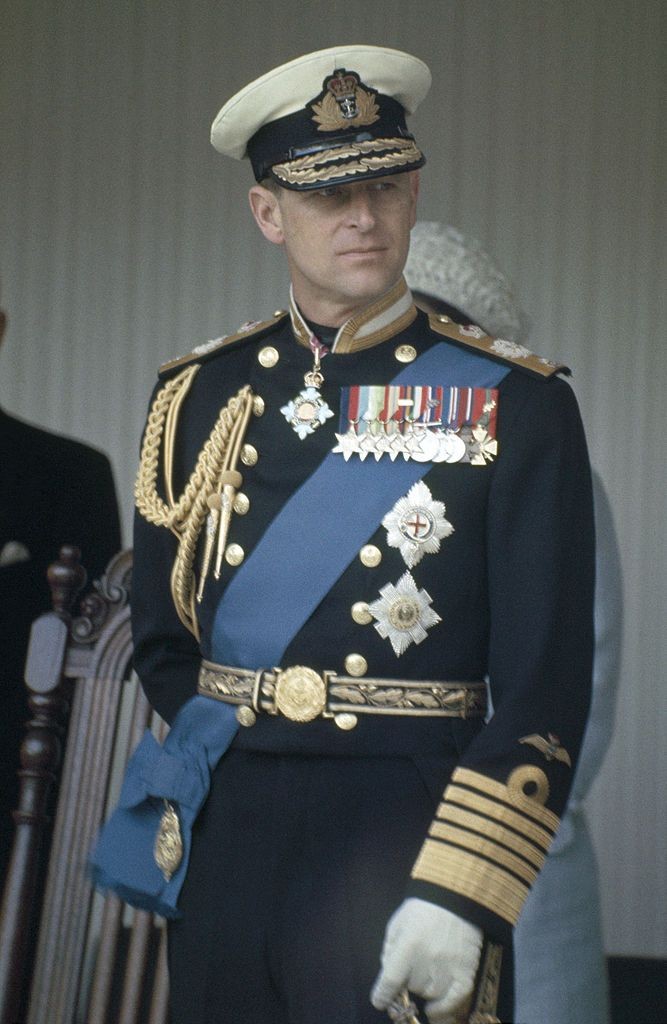 #AceNewsReport – Apr.17: It will be a celebration of a life well lived and will also show how much the armed forces loved and respected him,” said Gen Sir Nick Carter:

The Duke of Edinburgh’s funeral on Saturday will had the prince’s “fingerprints [all] over it” and will reflect his wide interests, the head of the UK’s armed forces has said.

Sir Nick will walk alongside the coffin as part of the funeral procession: Prince Philip’s four children will also follow the Land Rover hearse:

Among the funeral details that Prince Philip was involved in is the specially-modified Land Rover hearse, which the duke helped to design over 16 years. He requested it be repainted in military green and helped to design the open top rear of the car.

The Duke of Edinburgh’s funeral will take place at St George’s Chapel in the grounds of Windsor Castle at 15:00 BST on Saturday.

There will only be 30 mourners at the ceremony, in line with coronavirus restrictions.

Buckingham Palace said the Queen faced “some very difficult” decisions in selecting the mourners from the 800-strong congregation originally planned, and she wanted all branches of her husband’s family to be represented.

“And of course it will reflect his very wide interests and very wide connections within our military.”

He added: “I think that what people will notice in all the different details in terms of the ceremony, that his fingerprints were over it. And it reflects his wide interests and his attention to detail.”

Prince Philip Operation Forth Bridge Funeral Report: He will not lie in state and there will be no state funeral because he had insisted that he did not want the ‘fuss’

He also personally selected the regalia – medals, decorations and insignia – that will be on the altar for his funeral.

Sir Nick hailed the “extraordinary war record” of Prince Philip – who served in the Royal Navy in World War Two – and the dozens of different military decorations and awards he had.

“I think people will realise that this is a life worth looking into and I think they will be surprised by what he achieved and what he did in his 99 years,” he said.

The Queen has decided that there will be no military uniforms worn by members of the Royal Family, and those attending will instead wear morning coats with medals, or day dress.

Asked whether there was disappointment at that decision in military circles, Sir Nick said: “No I don’t think so at all. I think we would wish to do what the Royal Family wants to have done, and we absolutely respect that.

“And as people will see tomorrow – and I hope they will tune in to watch it – it will be a very memorable moment and a celebration of his life, and I think it’s a tremendous celebration and people will enjoy watching.”

Prince Philip died at Windsor Castle on Friday 9 April aged 99. His body is now resting in the private chapel at the castle.

According to Buckingham Palace, the ceremonial parts of the funeral are in line with the duke’s wishes.

The procession to the chapel will be headed by the Band of the Grenadier Guards, followed by the Household Division and military service chiefs.

The duke’s four children – the Prince of Wales, the Princess Royal, the Duke of York and the Earl of Wessex – as well as his grandsons the Duke of Cambridge and Duke of Sussex will walk behind the coffin.

The Queen will travel with a lady-in-waiting in the state Bentley at the end of the procession, and enter the chapel by a side door.

In line with Covid lockdown rules, the 30-person congregation inside the chapel will put on masks and socially distance, with the Queen seated alone.

Royal historian Professor Kate Williams said she thought it will be “a very striking image” to see the Queen sitting alone rather than with the other mourners.

“They’ll be wearing masks and sitting in their bubbles in St George’s Chapel. And the Queen doesn’t have a bubble, the bubble was Prince Philip,” she told BBC Breakfast.

The children of the Queen’s sister Princess Margaret will also be in attendance, along with Bernhard, the Hereditary Prince of Baden; Donatus, Prince and Landgrave of Hesse; and Prince Philipp of Hohenlohe-Langenburg.

The Countess Mountbatten of Burma – previously known as Lady Romsey and later Lady Brabourne – who was Philip’s carriage driving partner and one of his closest friends will also be in attendance.

The full order of service, which will be conducted by the Archbishop of Canterbury and the Dean of Windsor, will be released on Friday evening.

The 30 people attending the funeral

Read more: Who is going to Prince Philip’s funeral?

How to follow the funeral on the BBC TV and radio

The funeral will also be broadcast on Saturday 17 April from 14:00-16:10 on Radio 4 and Radio 5 Live, BBC World Service English, BBC Radio Scotland and BBC Radio Ulster.

It will also be broadcast on BBC Radio Wales and BBC local radio with some variation in start times.