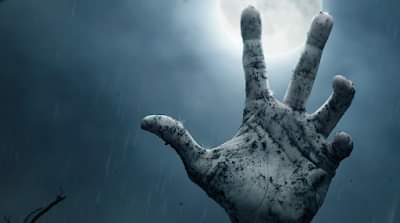 Call From the Grave My grandparents on pop’s side were already dead. Granma died seven years earlier than grandpa. The old couple were very fond of children who wished to throw a reunion party to have us in a house. A day before grandma died, she asked my aunt to help her clean the house and gather enough firewood because, according to her, a vast gathering will happen. When everything is settled up, my grandma died on her lawn while sweeping the dried leaves. The next day, all of us, her grandchildren and her three sons are all there… At her funeral. I believed that she saw a premonition. That’s why she had already prepared her house for the burial (our culture lets the funeral in the place. She had designed her shoes and even her dress. She took out her cared kitchen wares… All were used during her funeral. Sometimes, death is not always like a thief. In going to the cemetery, we had to pass through an elementary school. The residents lived about 600 meters away.
Everything looked green since the cemetery is located in the middle of a 5-hectare land owned by the Barangay. In between toms are big Falcata Trees with wide branches covering the whole place with its delicate leaves. I think the cemetery looks hidden on aerial view because of the rich vegetation. The road is not passable with a vehicle. My grandma’s coffin had to be lifted by four people to pass through the slippery and muddy soil. Everyone was worried because it was about to rain. The clouds were getting dark, and the thick Falcata trees planted by the locals added more of the dark feels. The pastor was already there and so with our other relatives, but the coffin can’t be lifted. It was so heavy that six men could hardly lift it. My grandfather, who still can’t accept his wife’s sudden death, knelt and asked Grandma to go in peace. Father said that when they tried to lift the coffin again, it was lighter and only for men carried the coffin in single hands. After the last service, grandma was then rested in her grave. Papa, the youngest child, was so heartbroken that he decided to stay a bit longer in grandma’s grave. He asked for forgiveness for whatever had he made her upset. He also promised to make amends with his brothers whom he had argued months ago; after praying, Papa began to leave the grave. Before he could get farther, he heard someone called him! He said he could never have a mistake… it was her! Grandma called his name! And when he looked back to the grave, Papa saw grandma, smiling… looking happy as she waves her hand goodbye. It was me who came back for Papa. I saw him stunned at something that I can’t see. It seemed like he was looking at someone in Grandma’s grave. Papa cried again, but this time he was more relieved. He said he saw his mama smiled at him… and it was the last. Sometimes, death is not yet the end… but an amendment to the healing process. Grandma died in October 2005.