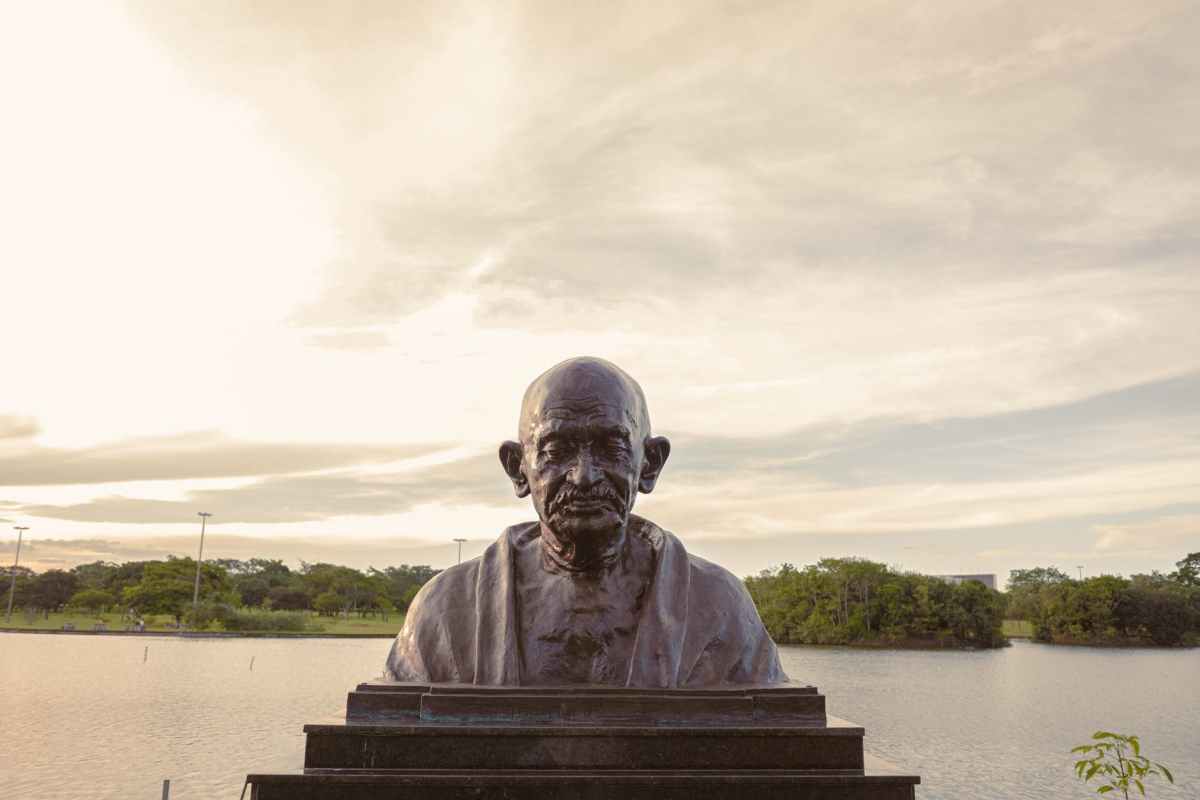 I do not remember to have seen a handloom or a spinning wheel when in 1908 I described it in Hind Swaraj as the panacea for the growing pauperism of India. In that book, I took it as understood that anything that helped India to get rid of the grinding poverty of her masses would in the same process also establish Swaraj. Even in 1915, when I returned to India from South Africa, I had not inning the wheel. When the Satyagraha Ashram was founded at Sabarmati, we introduced a few handlooms there. But no sooner had we done this than we found ourselves up against a difficulty. All of us belonged either to the liberal professions or to business; not one of us was an artisan. We needed a weaving expert to teach us to weave before we could work the looms. One was at last procured from Palanpur, but Maganlal Gandhi was not to be easily baffled. Possessed of a natural talent for mechanics, he was able fully to master the art before long, and one after another several new weavers were trained up in the Ashram. The object that we set before ourselves was to be able to clothe ourselves entirely in cloth manufactured by our own hands. We therefore forthwith discarded the use of mill-woven cloth, and all the members of the Ashram resolved to wear hand-woven cloth made from Indian yarn only. The adoption of this practice brought us a world of experience. It enabled us to know, from direct contact, the conditions of life among the weavers, the extent of their production, the handicaps in the way of their obtaining their yarn supply, how they were being made victims of fraud, and, lastly, their ever-growing indebtedness. We were not in a position immediately to manufacture all the cloth for our needs. The alternative, therefore, was to get our cloth supply from handloom weavers. But ready-made cloth from Indian mill-yarn was not easily obtainable either from the cloth- dealers or from the weavers themselves. All the fine cloth woven by the weavers was from foreign yarn since Indian mills did not spin fine counts. Even today the outturn of higher counts by Indian mills is very limited, whilst highest counts they cannot spin at all. It was after the greatest effort that we were at last able to find some weavers who condescended to weave Swadeshi yarn for us, and only on condition that the Ashram would take up all the cloth that they might produce. By thus adopting cloth woven from mill-yarn as our wear, and propagating it among our friends, we made ourselves voluntary agents of the Indian spinning mills. This in its turn brought us into contact with the mills and enabled us to know something about their management and their handicaps. We saw that the aim of the mills was more and more to weave the yarn spun by them: their co-operation with the handloom weaver was not willing, but unavoidable and temporary. We became impatient to be able to spin our yarn. It was clear that, until we could do this ourselves, dependence on the mills would remain. We did not feel that we could render any service to the country by continuing as agents of Indian spinning mills. No end of difficulties again faced us. We could get neither a spinning wheel nor a spinner to teach us how to spin. We were employing some wheels for filling learned and bobbins for weaving in the Ashram. But we had no idea that these could be used as spinning wheels. Once Kalidas Jhaveri discovered a woman who, he said, would demonstrate to us how spinning was done. We sent to her a member of the Ashram who was known for his great versatility in learning new things. But even he returned without wresting the secret of the art. So the time passed on, and my impatience grew with the time. I plied every chance visitor to the Ashram who was likely to possess some information about hand spinning with questions about the art. But the art being confined to women and having been all but exterminated, if there was some stray spinner still surviving in some obscure corner, only a member of that sex was likely to find out her whereabouts. In the year 1917, I was taken by my Gujarati friends to preside at the Broach Educational Conference. It was here that I discovered that remarkable lady Gangabehn Majmundar. She was a widow, but her enterprising spirit knew no bounds. Her education, in the accepted sense of the term, was not much. But in courage and commonsense she easily surpassed the general run of our educated women. She had already got rid of the curse of untouchability, and fearlessly moved among and served the suppressed classes. She had means of her own, and her needs were few. She had a well-seasoned constitution and went about everywhere without an escort. She felt quite at home on horseback. I came to know her more intimately at the Godhra Conference. To her, I poured out my grief about the charkha, and she lightened my burden by a promise to prosecute an earnest and incessant search for the spinning wheel. ~ THE BIRTH OF KHADI