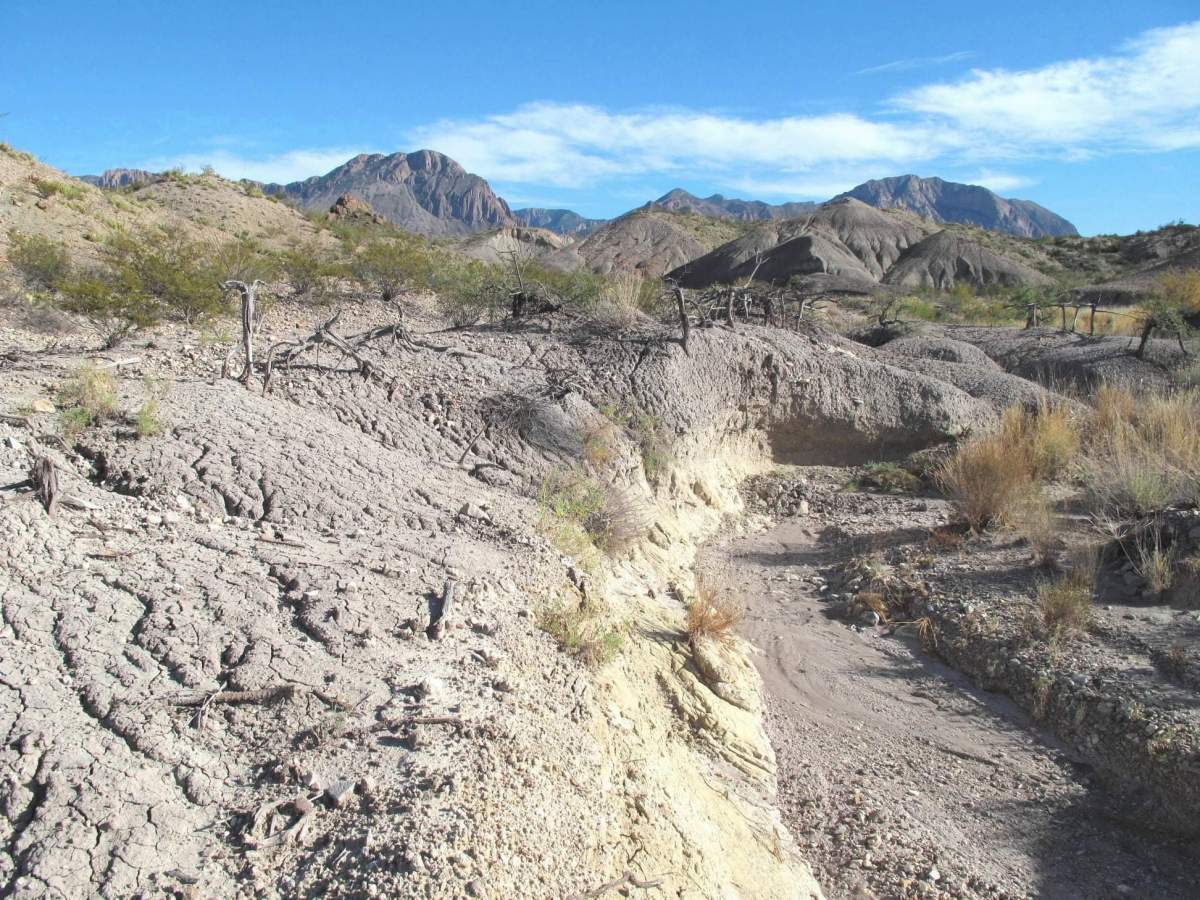 “The trail is the thing, not the end of the trail. Travel too fast, and you miss all you are traveling for.”
― Louis L’Amour

The remains of nameless paths, trails and wagon tracks from antiquity crisscross across the face of the lower Big Bend in a bewildering maze of forgotten individual histories. Each had their own reason, their own purpose, and their own special direction and way. For each one you find on any map, dozens more run unmarked, waiting for the curious as well as the observant to rediscover them.

And so it was on this day.

I was on the scout swinging a loop past Gano Spring, named for the Gano brothers who established the first ranch in what is now Big Bend National Park. ‘Big’ is a relative term, but in this case an understatement as their holdings extended from the Chisos to Anguila Mesa, and from the river to the Agua Fria. The ranch was called the G4.

The Gano Spring area is a clash among eras and cultures, but also with a continuity that is only found in spots of this desert providing a reliable source of water. Nearby are the remnants of Indian camps, shelters, diggings and what is left of a later ranch once known as the Culpepper. All dissimilar, yet all now joined together as fading testaments of what once existed here.

Then there are the natural features, as bizarre and dissimilar as created by man’s hand but on a far grander scale. This photo was taken a bit below the spring itself and illustrates well why this land had such a hold on my ancestors, and on me. Majestic mountains and canyons, rich grasslands, rocks and boulders of every size and description, arid desert and eroding badlands where the scarce, hardy vegetation fights a daily battle just to survive.

Take a closer look at that photo; those are not fence lines, folks …