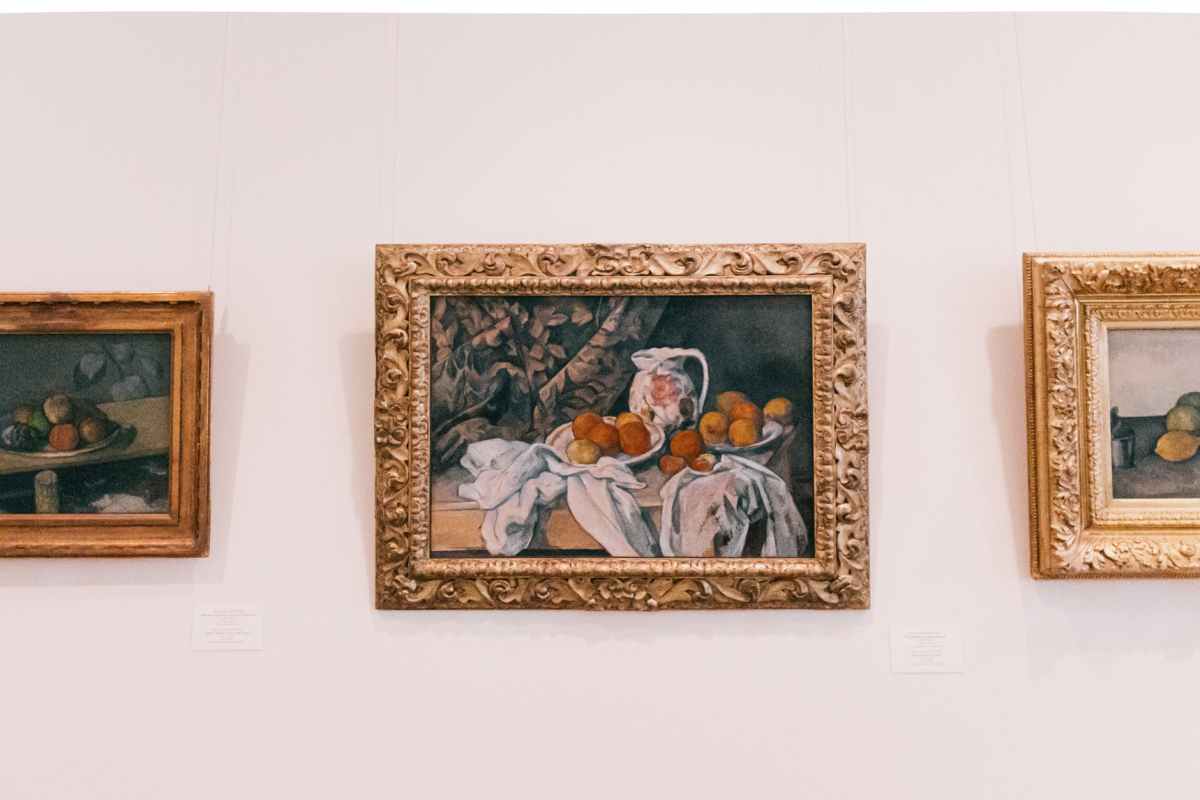 #AceHistoryReport – Apr.26: Following her premature death, Beckett’s legacy was snuffed out not just by her own family, but the Australian art establishment:

Clarice Beckett: Australian artist’s place in global art history cemented in exhibition: When Australian artist Clarice Beckett died at 48 years of age in 1935, her father burnt a number of her paintings — works that the Art Gallery of South Australia’s curator of Australian art Tracey Lock describes as “Rothko-like” Imagine if shortly after Mark Rothko’s death, someone who thought they knew better decided to destroy his iconic paintings.

“I think he really didn’t understand the way she painted and what she did,” says Lock.

“She was going completely against the general grain of what a man of that generation would have expected excellent landscape painting to look like.”

Nearly 2,000 of her remaining works languished in an open-sided farm shed for decades. By the time they were discovered, only 369 were salvageable.

But since the 70s, as a result of years of campaigning, Beckett has come to be seen as a visionary of Australian modernism.

Now the largest exhibition of her work, Clarice Beckett: The Present Moment, is being held at AGSA. This retrospective positions Beckett as an artist of not just Australian but international significance.

‘A radical way of painting’

Beckett was born in 1887 in Casterton, southwestern Victoria.

Growing up, she and her sister Hilda were encouraged to draw at home.

“It’s one thing to be accomplished and have an interest or a hobby, but it’s another thing for a woman to have a career as an artist,” says Lock.

“The family, and her father in particular, was resistant to the idea.”

Giving in to pressure, Beckett’s father allowed his daughters to enrol at Melbourne’s National Gallery School in 1914, where they studied drawing under the tuition of Frederick McCubbin.

Beckett then persuaded her parents to allow her to study with Max Meldrum at his newly established rival school.

Meldrum was a devotee of tonalism and unpopular with the Australian art establishment.

“He taught his students a way of looking — for example, at a still life — and blurring their eyes [vision] in a way where they would take in the biggest impressions [of tone],” says Lock.

Without any preliminary drawing, his students would start painting on their canvases, in order
to record those tones.

“So you immediately lose any detail, and the painting itself appears very simplified … This was a really radical way of painting,” says the curator.

Beckett studied with Meldrum for nine months, in 1917; when her family moved to Beaumaris (in Melbourne’s bayside) in 1919, she took his approach and applied it to painting outdoors (or, en plein air).

She would rise at 4:00am to capture dawn and then walk far — pulling her painting trolly along — to paint street and coastal landscapes.

Her small paintings — of rainy days, trams, shadows and waves — are blurred by soft edges, and rendered in muted tones.

“She’s painting a form of realism that taps into an optical alternative space … creating a depth of field and a sense of distance in her paintings, that indicate a reach for a different space and other reality,” says Lock.

“Her genius is [also in] this incredible ability to paint movement, but yet the paintings are silent with stillness.”

Denied studio space at home, she completed most of her works at the family’s kitchen table.

Unlike most Beckett works, October Morning depicts an identifiable figure from her life: an unrequited lover named Jim Byrne.

“She’s framed him within a shadow, and there’s that reach of wattle that looks like her own reaching arm from outside the frame.”

“She had a pattern of falling in love with emotionally unavailable men,” says Lock.

‘Lost in her own fog’

Beckett’s work appeared in many exhibitions during her lifetime, including a number of solo exhibitions.

“[But] many of the art criticisms in the newspapers of the time were very harsh, and it was very difficult for her,” Lock says.

“They misunderstood her work; they said, ‘There’s so much mist and fog, that the artist gets lost in her own fog’.”

She was derided for her association with Meldrum, years after her brief stint studying with him.

Lock paints a picture of an artist with the deck stacked against her: “She was quiet, she was a woman, she produced work that didn’t look like an establishment work [for example, the Lindsay brothers or Arthur Streeton],” says Lock.

“Her subject matter was everyday … she elevated scenes that, in terms of tradition, were never elevated — like the bitumen road, the modern car [and] the telegraph pole.”

But while no public art museum acquired her work in her lifetime, she had a small circle of dedicated admirers.

In 1931, Beckett was curated into the ‘First Contemporary All-Australian Art Exhibition’ at New York’s Roerich Museum, and was praised by the New York Times’s art critic, Edward A. Jewel.

Soon after this exhibition, Beckett put art to one side to care for her ailing mother.

Her mother died in 1935 and Beckett died soon after, from pneumonia.

‘Footprints on my mind’

Beckett was largely forgotten until the late 60s, when art historian and gallerist Rosalind Hollinrake rediscovered her work.

In 1970, Hollinrake visited the Benalla shed where Hilda had stored 2,000 of her sister’s works.

“The idea was exhilarating until we got there … it quickly turned to tears,” Hollinrake recalls.

After recovering what she could from the shed, Hollinrake spent the next five decades researching, documenting and championing Beckett.

“I find that the works when I first saw them — and they still do — leave footprints on my mind.”

South Australian figure painter Anna Platten says that Beckett is “almost like an element in the paintings: this singular presence that got through so much adversity … and worked away, without any ego.”

“It is an utter tragedy that so much has been lost and destroyed.”

It is Hollinrake’s efforts — which began with exhibiting Beckett’s work at her gallery in the early 70s — that led AGSA and other public art galleries to begin acquiring Beckett’s work, establishing her profile in interwar Australian art.

‘She’s more than that’

The Present Moment is the first Beckett retrospective in over 20 years, featuring many never-before-seen works, and galvanised by AGSA’s acquisition of 21 of paintings from Hollinrake’s collection.
“I think she’s an artist of international significance,” says Lock.

“I’m hoping with this exhibition, it will be the tipping point … Finally, we will start to really comprehend the power of her work.”

“I’m hoping that we can now see her in that realm, rather than yes, a poor, unmarried … modern woman, who dedicated her life [to art] and then passed away … she’s more than that.”

Honouring Beckett’s fixation with temporality, Lock structured the exhibition around the times of the day the works depict, beginning with the yellow of dawn and ending with the black of night.

Art critic John McDonald felt compelled to visit the exhibition three days in a row, writing in the Sydney Morning Herald that the retrospective “has propelled her [Beckett] way ahead of more celebrated painters such as Margaret Preston and Grace Cossington Smith“.

“If this show were being staged at Tate Modern or the Museum of Modern Art, Beckett would be hailed as a figure of world renown,” McDonald writes.

Lock is thrilled to see people come round to Beckett in this way.

“She would hold up anywhere around the world and people are starting to recognise that.”

Clarice Beckett: The present moment is showing at the Art Gallery of South Australia until May 16.