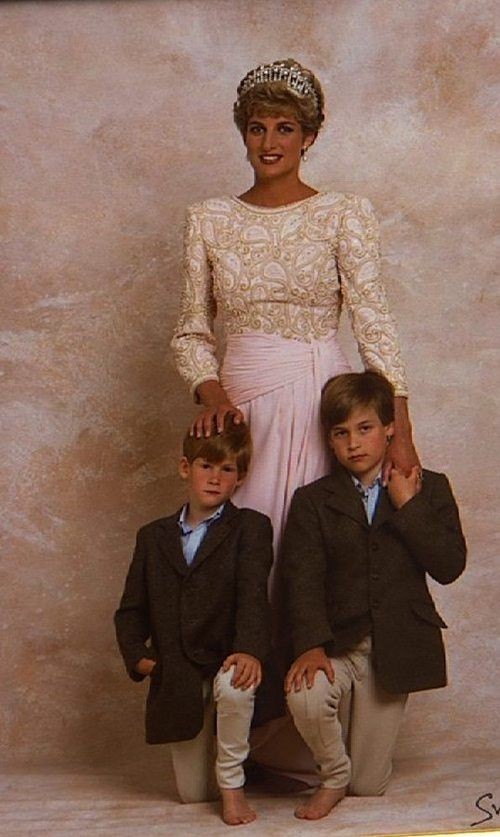 The Daily Mail splashes on what it calls “a day of shame” for the BBC following the publication of Lord Dyson’s report into its interview with Diana.

The Mail says her sons, Princes William and Harry launched a “blistering attack” on the BBC, with Harry blaming the “ripple effect of the culture of exploitation and unethical practices” for “ultimately” taking her life. The paper sums up William’s response to the inquiry’s findings with its headline “BBC lies ruined my mother’s life”.

Meanwhile the Daily Mirror says Princes William and Harry “savaged” the BBC over its interview with their mother. The front page carries a photograph of the two brothers as young children as they cuddle their mother, in what the paper says were “happy times”. The BBC and Mr Bashir have apologised. Mr Bashir said he remained “immensely proud” of the interview and that the faked bank statements had no bearing on Diana’s decision to take part in the interview.”

Deceitful and damaging” is how the Guardian summarises “furious” William’s comments, which the paper says will “deepen the crisis” at the BBC. Meanwhile, the front page also features news that Israel’s security cabinet has approved a ceasefire with Palestinian militants after 11 days of conflict.

Like others papers, the Daily Express summarises William’s statement into the headline “BBC lies ruined Mum’s life”, while also noting his “indescribable sadness” over the corporation’s handling of the interview and the effect it had on his mother.

The Daily Star’s front page carries a more irreverent take on Lord Dyson’s report, with a photograph of William receiving a Covid-19 vaccination earlier.”William hits out at BBC over damage done to Diana” is how the i summarises William’s response to the report. Meanwhile the paper has an update on its investigation into passengers from red and amber list countries mingling with those from green list countries in arrivals queues at Heathrow, reporting that Heathrow will open a new terminal for people arriving from red-list regions.”

Jabs take the strain” is the headline of the Metro’s front page, which reports the World Health Organization’s confirmation that current coronavirus vaccines work against all known variants – including the one first discovered in India. The paper says it could “boost hopes” for a return of European holidays and an end to all Covid restrictions in England as planned on 21 June.Australia’s biggest beef exporter estimates a “tenfold” boost to its UK sales if Boris Johnson backs a zero-tariff trade deal with the country, the Financial Times reports.

Hugh Killen, chief executive of The Australian Agricultural Company, says in the event of a “free-trade deal that removes tariffs and quotas” he could expect to see exports “double or triple” but that given exports are “so small now”, could possibly “increase tenfold”. The paper points out that although the PM supports an “ambitious” post-Brexit trade deal with Australia, his government’s official analysis warns “it could cost British farmers their jobs and leave Northern Ireland worse off”.

Most papers focus on the Duke of Cambridge’s response to the findings of the independent inquiry into how the BBC obtained its 1995 interview with his mother, Princess Diana.

“William: BBC lies ruined my mother’s life,” is the Daily Mail’s main headline, as it calls his intervention “profound and explosive” on a “day of shame” for the corporation.

The Daily Express notes that amid his “fury”, the prince also demanded that the programme never be aired again.

The Guardian is among the papers to consider the unanswered questions after Lord Dyson’s report. It says BBC executives need to explain why Martin Bashir was re-hired five years ago as religion editor.

The Times also wants to know how the letter was obtained in which Princess Diana says the forged statements did not influence her decision to give an interview and whether the late former editor of Panorama, Steve Hewlett, covered up Mr Bashir’s “dishonesty” to save his own reputation.

Among its 20 pages of coverage, the Daily Mail’s Richard Kay documents how the relationship between Princess Diana and Martin Bashir soured in the months after the interview.

While she initially viewed Mr Bashir as “charming”, he says she was put off by the journalist’s attempts to “pump” her butler, Paul Burrell, for information about the men she was seeing.

Continued questions about whether she planned to re-marry also “raised yet more suspicions”. The article says Diana eventually changed her mobile number to stop his calls.

The British Medical Association’s GP committee has passed a vote of no confidence in NHS England’s senior leaders – describing the move away from telephone appointments as the “final straw” for many doctors who it says have had no extra guidance about how to protect themselves against infection.

NHS England said GPs’ “dedication and hard work” had not gone unnoticed – but it could not ignore concerns of patients’ groups.

“UK in farm’s way” is the Daily Mirror’s take on the government’s plans for a free trade deal with Australia. It says producers here fear the agreement could see a flood of cheap and inferior food imports.

To further underline their fears, Australia’s biggest beef exporter is quoted in the Financial Times as saying a zero-tariff, zero-quota deal could boost its UK sales “tenfold”.

But the Sun says Boris Johnson will sign off on the deal, which will include a 15-year transition to allow British farmers to adjust.

Meanwhile, the government’s launch of Great British Railways has many reminiscing about journeys from a bygone era.

The Times’ Quentin Letts says denigration of the old British Rail food is a “canard” because there used to be delicious toasted tea cakes in the dining car between Paddington and Kemble in Gloucestershire.

The Daily Telegraph’s Davey cartoon has a man at a ticket booth asking for a “return to 1992”.