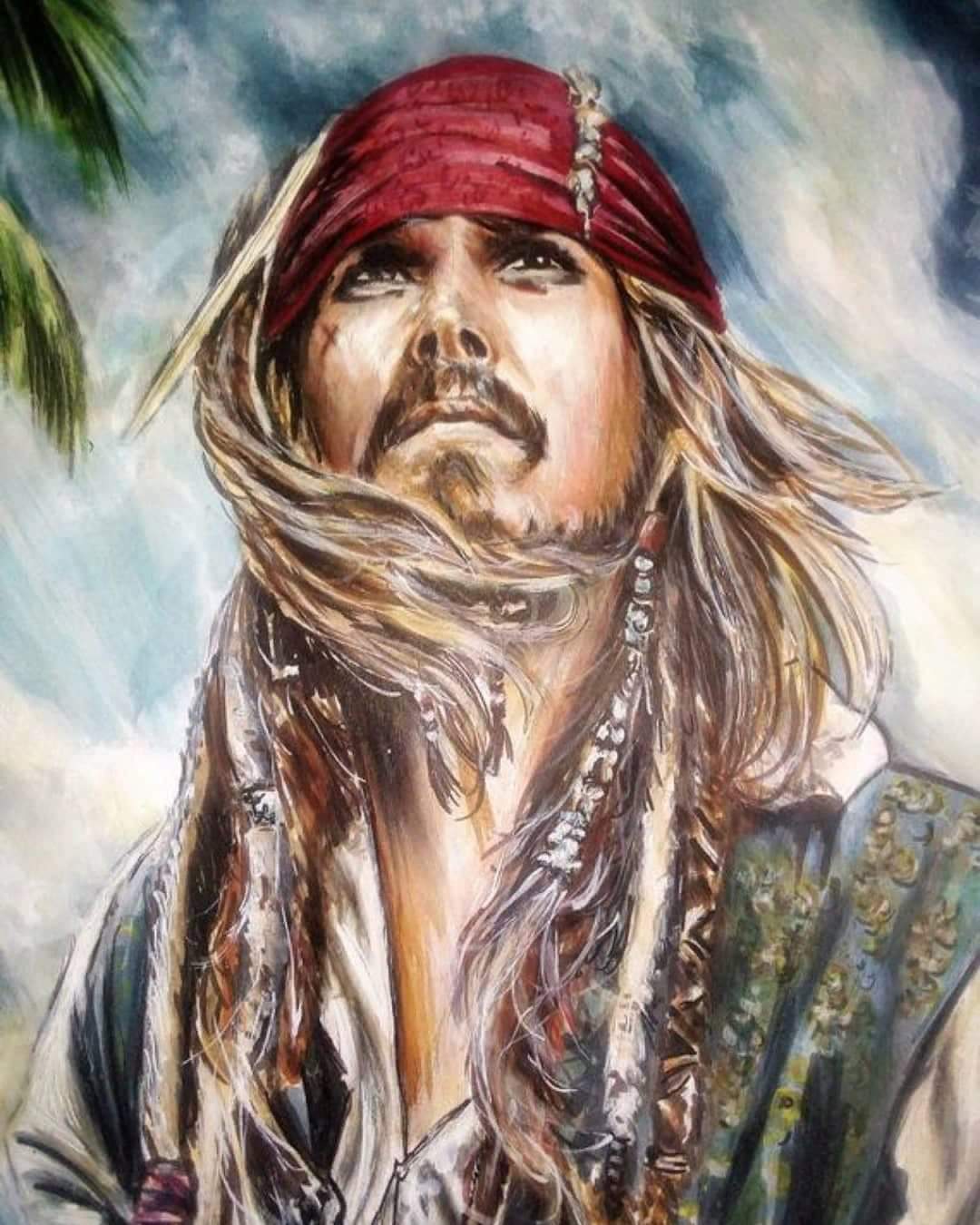 Thank you, 🤝 Stewart McDonald MP, #Ukraine #APPG #ViceChair for encouraging #speech in support of  Ukraine’s cause. Important to keep Ukraine in the #focus of the UK Parliament while the #Russian #military #threat still looms. https://parliamentlive.tv/event/index/a120872a-3c1e-4bf0-bb6a-14d80b65579d?in=21:52:49 END_OF_DOCUMENT_TOKEN_TO_BE_REPLACED

EDWARD LUCAS Senior Vice President, Center for European Policy Analysis (CEPA, Warsaw and Washington) Only the United States can quickly strengthen Europe’s frontline countries. But this should not be taken for granted. Anyone who doubts the US commitment to European security should watch the blurry videos of the first phase of the Swift Response exercise, which recently took place in Estonia:

A woman is led away by Belarusian police after they broke up a rally in Minsk on March 27:

The U.S. will continue to sanction ships involved in the building of Nord Stream 2 even though it refuses to sanction the company in charge of the project:

POLAND’S COUNTERINTELLIGENCE AGENCY HAS announced the arrest of a Polish citizen, who reportedly admitted spying for Russian military intelligence. The 43-year-old man has been named only as “Marcin K.”, in compliance with Polish law. Polish counterintelligence arrest man for giving military secrets to Russia — intelNews.org

By Oleg Sukhov Pro-Kremlin lawmaker Viktor Medvedchuk admitted to representing the interests of Russian President Vladimir Putin in Russian-Ukrainian peace talks in 2014, according to Medvedchuk’s wiretapped conversations published on May 17 by the Bihus.info investigative journalism project. The recordings document Medvedchuk’s close relations with Russian authorities, the Kremlin’s proxies in the Donbas and ex-President Petro Poroshenko:

Russian propagandist Olga Skabeeva said on the air of the pro-Kremlin TV channel Russia 1 that Ukrainian President Volodymyr Zelensky had allegedly sent “columns of Ukrainian homosexuals” to Donbass . Representatives of Kyiv Pride, who are fighting for LGBT + rights in Ukraine, drew attention to this. According to Skabeeva, the American side allegedly advised Zelensky to ” hold a gay pride parade in Donbass.”

Authorities in Belarus raided the offices of the country’s largest independent news portal and took down its website on Tuesday, management said, signaling a widening crackdown after historic opposition protests last year. Journalists in the ex-Soviet nation are facing mounting pressure in the wake of the protests against contested elections won by strongman President Alexander Lukashenko last year:

Moscow authorities have canceled an exhibition dedicated to the 100th anniversary of the birth of Soviet Nobel laureate and human rights activist Andrei Sakharov. The Sakharov Center had planned to exhibit photographs of the dissident nuclear physicist and quotes from his articles and speeches on central Moscow streets on May 17. “Sakharov’s anniversary is a significant event that was planned:

PULL OFF A KANGAROO COURT IN FIVE EASY STEPS: A HOW-TO GUIDE FROM RUSSIA

Article by: Yuliia Rudenko Edited by: Alya Shandra Do you need to jail a political opponent? Demonize an entire ethnicity for geopolitical benefits? Look no further, we have the perfect guide for you. Russia currently holds behind bars at least 121 Ukrainians for politically motivated reasons. The bulk of them are Crimean Tatars arrested in occupied Crimea:

FROM THE FB PAGE OF EMBASSY OF UKRAINE TO THE UK

May 18, 2021 Until the last Russian soldier leaves the Ukrainian peninsula, the world community must understand: the occupation of Crimea is a crime of Russia. Today, on the Day of Remembrance of the victims of the genocide of the Crimean Tatar people, we remind about the international public initiative ′′ CRIME (A) “, within which public organizations united:

The State Duma approved in the first reading a bill prohibiting people involved in the activities of an extremist or terrorist organization from being elected to the lower house of parliament. The bill assumes that the founders and members of the leadership, up to the deputy head of the structural unit, will be prohibited from being elected:

Current auctions involving farmland lots are outdated as they imply physical attendance of bidders and bid plaques.Rada passes bill on new rules for farmland auctions / Photo from UNIAN The Verkhovna Rada, Ukraine’s parliament, has passed a bill on the sale of state and municipal land plots, as well as the of lease rights to them through e-auctions:

“THE PEOPLE WHO COULD NOT GET INTO THE CARRIAGE WERE BEATEN BY THE SOLDIERS WITH RIFLE BUTTS.” DEPORTATION OF CRIMEAN TATARS – IN THE STORIES OF SEVEN EYEWITNESSES

In memory of the victims of one of the most inhuman crimes of the Soviet regime, Ukraine celebrates on May 18 the Day of Remembrance of the Victims of the Crimean Tatar Genocide. It was on the night of May 18 that thousands of women, children, war invalids and elderly people were expelled from their homes:

FROM THE FB PAGE OF MYKOLAIVSKA OBLAST

With apologies for the vagaries of FB translation: On May 18 in Ukraine and the world mention the victims of deportation of the Crimean Tatar people from Crimea in 1944 On this day, the first echelon of Crimean Tatars was sent from the peninsula. Crimean Tatars deportation began on May 18, 1944 at 3 am and lasted until the beginning:

THE ONLY WAY TO DETER PUTIN IS TO ARM UKRAINE

KREMLIN NOT TO EXPOSE UKRAINIAN POLITICIANS DOING BUSINESS IN RUSSIA

On May 14, Putin said many, including those among Ukraine’s top political leadership, have been actively doing business in Russia for years.REUTERS The Kremlin refuses to disclose the names of Ukrainian politicians doing business in Russia. This is evidenced by the answer of Russian President Vladimir Putin’s Press Secretary Dmitry Peskov to the relevant question, an UNIAN correspondent in Russia reported:

RUSSIA WARNS WEST AGAINST ARCTIC ENCROACHMENT AHEAD OF TALKS

Russian Foreign Minister Sergei Lavrov on Monday warned Western countries against staking claims in the Arctic, as global warming makes the region more accessible and a site of global competition. Lavrov’s comments came ahead of a ministerial meeting of the Arctic Council that comprises Russia, the United States, Canada, Norway, Denmark, Sweden, Finland and Iceland on Wednesday and Thursday:

The phenomenon of mass betrayal of Ukrainian security forces in the Crimea and Donbas will attract the attention of researchers for a long time to come. The current government, like the previous one, is trying to put these issues on hold, realizing that these are problems that cover not only these specific cases, but the entire system of educating law:

PHOTOS17.05.2021 09:43 A tank of “LPR” militants has plowed through a cemetery in Perevalsk, a non-government-controlled city in Luhansk region, the News of Donbas online news site has reported. According to the report, locals posted photos of mutilated monuments and graves on social media:

17.05.2021 14:56 The Ukrainian side of the Joint Center for Control and Coordination (JCCC) announces an increase in the number of gross violations by the armed formations of the Russian Federation in the Joint Forces Operation (JFO) area, in particular, 17 Russian tanks in a training area near Myrne in Luhansk region. According to a report of the OSCE Special Monitoring Mission:

Siberia’s hardiest diggers put their shovels to work Friday — by testing their grave-digging prowess at a crematorium in Russia’s third-largest city of Novosibirsk. The morbid competition, held every year, says its aim is to raise the prestige of the profession, improve grave-diggers’ work performance and attract younger generations to careers in the funeral industry, the state-run TASS news agency reported:

Peskov called the offer “Ukraine’s internal political cuisine.”Photo from UNIAN The Kremlin says it is not seriously considering the idea of swapping Viktor Medvedchuk, an MP with the Opposition Platform – For Life Party who is being suspected of high treason, for Ukrainian citizens held in Russian prisons. That’s according to Russian President Vladimir Putin’s Press Secretary Dmitry Peskov:

According to Zelensky, the Ukrainian government will do everything so that “paperless state” exists in reality, not on paper.Facebook/ForumUkraine30 Ukrainian President Volodymyr Zelensky has said the country will enter the “paperless” mode on August 24, 2021, drastically curbing bureaucracy. He announced this during the Diia Summit 2.0 within the all-Ukrainian forum “Ukraine 30. Digitization” in the city of Kyiv, an UNIAN: